What does it do?

Need to have a certain number of Dialogue lines? Want to see if you pass the Bechdel test? Quickly generate the statistics for your document. This a great way for a writer to see a snapshot of their document and to tell if certain requirements are being fulfilled. Statistics can be run for the entire document, or in conjunction with a Report for a smaller range of information.
* Note: This feature is available with a Pro subscription.  Update  your subscription today!

Statistics can be run for the entire document, or in conjunction with a Report for a smaller range of information. To see available reports or filter your document, see Reports or Filter Content.

Document Statistics can also be viewed in the Stats widget (see Open a Widget). 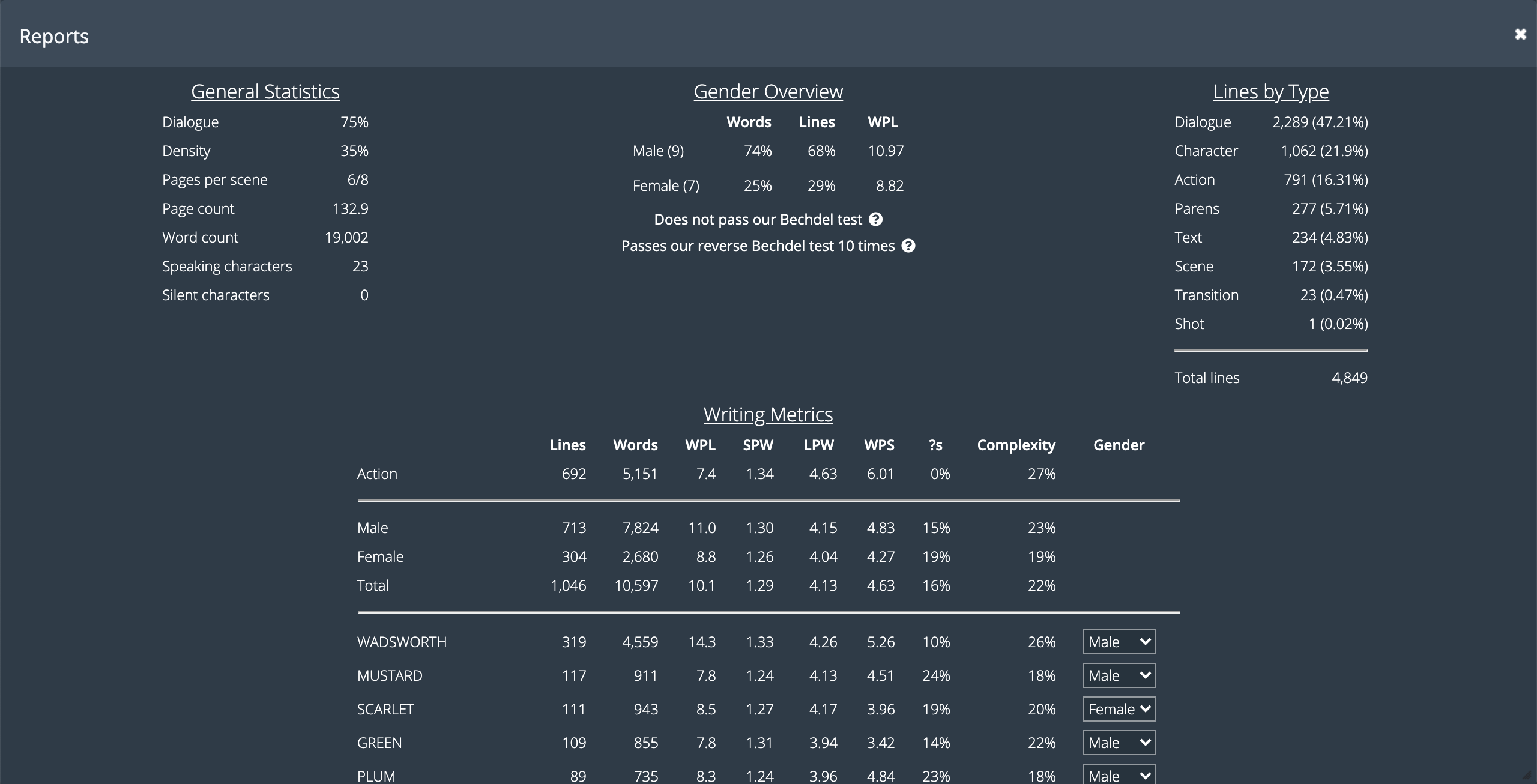 There is no ‘right answer’ for what these statistics should look like. Any numbers given below will be the industry standard, but not the rule.

These stats are here to help determine the balance of gender in a script. Again, there is no right answer here. That said, there are many writers who are keen to monitor their writing from the perspective of gender in order to learn more about their own internal biases (or the lack thereof).

These statistics give a breakdown of each Line Type. Especially useful to determine if a script is heavier in one area than it should be (too many action lines, not enough dialogue, etc). The total number of lines in the script only reflects lines that have been classified with a Type (Character, Dialogue, Action, etc.)

The writing metrics give an overall view of how much a Character contributes to the story. They can also give an idea of the rhythm and pace of a Character’s speech pattern. Some of the components of the Writing Metrics section are used across the industry, and some are specific to WriterDuet. All statistics in this section are averages based on lines of Dialogue spoken by Characters.